Sometimes as a preacher, you have to edit out the bits of sermons that just don’t quite fit. Sermons are a bit like movies or stories or poems in that you only have so much time to accomplish something. It forces you to be kind of ruthless with what ends up in the final draft and sometimes that means leaving something you really want to say on the cutting room floor. So, I thought for today’s article, I’d share a story that I really liked and really wanted to share, but knew it didn’t quite fit with the overall message of the sermon a few weeks back.

Like everyone else, I’ve been listening to the news and reading stories about the tragedy in Ukraine. Vladimir Putin is an evil man who has decided that his desire for power and glory overrules every other concern like the sovereignty of an independent nation or the safety of millions of families or even the wishes of his own people. He’s an evil man who is bent on conquest and control and the allure of always growing one’s power. But we must not conflate one man’s evil with the idea that an entire nation is complicit in it.

I was listening to a news report that featured a young Ukrainian woman, a student, named Rehina Solodovnik. She speaks 7 languages and uses her considerable linguistic skills to tutor English. Many of her students are Russian and she tutors them across the border online. Until Putin started a war. Then, as you can imagine, survival took precedence and she had to stop tutoring for the time being.

But she’s still able to receive text messages. And many of her Russian students reached out to her, a Ukrainian. One Russian girl texted her and said, “I am so sorry for our government. I know they won’t apologize to you for whatever damage they’re doing to your country, but I will instead.” By the way, Putin recently made it illegal for Russian media to call his war a war. So this girl’s apology to her tutor could be counted as treason.

Rehina Solodovnik is one of the 1.5 million Ukrainians fleeing her country and making her way to the Polish border. But she goes knowing that the evil of a few cannot erase the goodness of the many.

If you’re looking for a way to act, consider the following three actions. First, you can donate through CBF to missionaries who have been serving in Ukraine for 20 years so that they can directly help Ukrainian people who are suffering. Go to http://cbf.net/ukraine-response to read about what they’re doing and find a link to donate. Second, you can contact your representatives in the Capitol: Marsha Blackburn, Bill Hagerty, and probably Chuck Fleischmann. Let them know that you support the Ukrainian people and want them to be your voice. Finally, pray fervently. Pray for mercy for the people of Ukraine. Pray for power to be removed from evil hands. Pray that God’s peace would come. 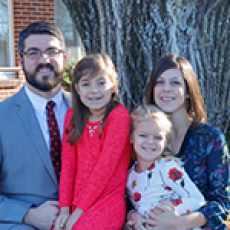 Previous
CBF Ukraine Relief Fund
Next
Spaghetti and Dessert!
October 19 What Do You Do on…